Each year, the Island Sailing Club meets members of the Royal Southern Yacht Club for a ‘quintessentially English’ match of cricket on the Brambles Sandbar in the Solent. Believed to have started in the 1950s, this strange – but fabulous – tradition sees the two clubs play against each other until play is stopped by waves.

Adding an extra spin to proceedings, the match winner is always decided ahead of time, with teams taking alternate turns at winning. This year, it’s the Club’s turn after Royal Southern’s team won last year.

Vice Commodore and team Captain Tim Devlin said, “The Bramble Cricket Match is a wonderful tradition that both clubs look forward to and thoroughly enjoying taking part in.” 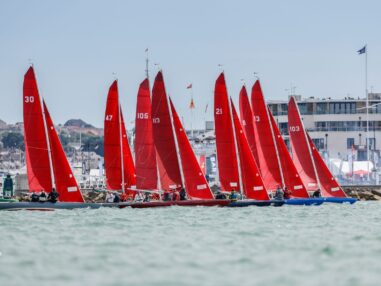 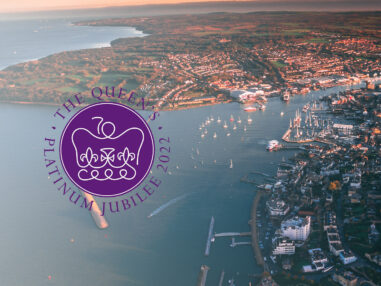 On Saturday 6th August 2022, Clubs and Classes from the whole Solent will celebrate HM The Queen’s Platinum Jubilee. We are honoured…
Read more
14th July 2022 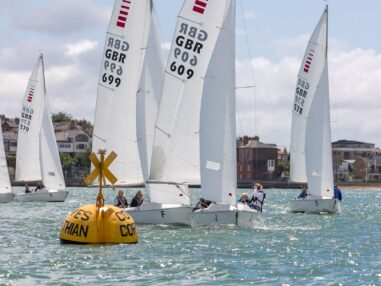 Last month, we were pleased to restart our Sonar Business Day giving Isle of Wight businesses the chance to get out on…
Read more
11th July 2022 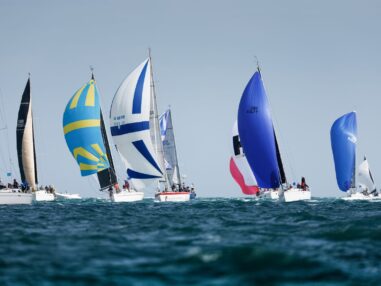 Round the Island – getting people on the water

On 25 June 2022,  over 1100 boats took part in the Island Sailing Club’s Round the Island race, the biggest participative sailing…
Read more
Menu