The Island Sailing Club owes its existence to General Charles Baring who, although a member of the Royal Yacht Squadron, wanted to establish a new club that would cater to all sailing preferences and abilities. A meeting was arranged for March 1889 at the Marine Hotel, near the current Clubhouse, and a Committee was formed. The minutes show that Mr H.C. Damant and Mr Godfrey Jackson were instrumental in supporting the General in founding the Club.

Reflecting its ethos of inclusion, the Founders included an admiral, a general, doctors, lawyers, sailmakers, ironmongers, a Roman Catholic priest, land agent, engineer, barrister, actor, printer, draper, banker, architect, grocer, tailor, yacht agent, and various Lords and Ladies. By the end of its first month, the Club had attracted 50 members and the General was appointed Commodore. Land was purchased on Cowes High Street and architect Richard Barrow was commissioned to design and build the Clubhouse. The Club’s distinctive Burgee, with a red background and yellow castle, was designed and the first race card in the Club is for August 1889. Over time the Club has become a popular and important Solent club, known for its championship of small boat racing and aspiration to make sailing accessible to all. 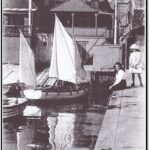 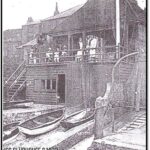 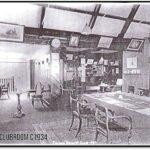 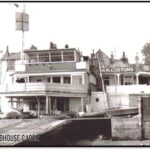 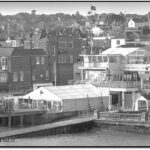 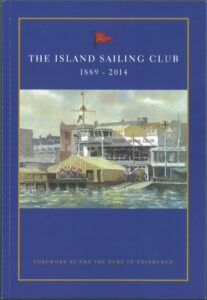 The history of the Island Sailing Club, from 1889 to 2014, is covered extensively in this excellent book with a foreword by the late HRH Prince Philip, Duke of Edinburgh.

With thanks to Rosemary Joy, and others, who compiled the book after extensive writing by the late past Commodore Eve Woodyear. 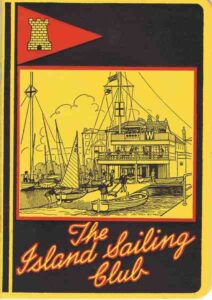 A Memorandum on The Island Sailing Club, Cowes